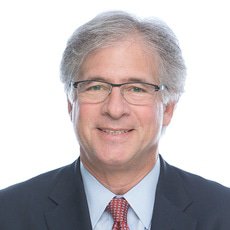 Alan H Mark is a partner in the Litigation Group at Goodmans. Alan carries on a diversified advocacy practice, specialising in corporate and commercial litigation, class actions and electricity law and regulation. Alan’s corporate and commercial litigation practice encompasses all manner of business disputes with a focus on corporate governance, corporate finance, securities, financial services, and restructuring and insolvency. Alan’s class action practice includes securities, product liability and environmental claims. Alan also carries on a substantial electricity and regulatory practice, regularly representing clients in the electricity sector before the Ontario Energy Board and the courts.

Alan has appeared at all levels of the Ontario and Federal Courts, including the Supreme Court of Canada, before the courts of several other provinces and before various administrative tribunals. Alan has represented many Fortune 500 companies and has been lead counsel on a number of high profile domestic and cross-border cases.

Alan is widely recognised as a leading counsel. He is listed as recommended counsel in numerous leading guides and directories including Chambers Global, The Lexpert/American Lawyer Guide to the Leading 500 Lawyers in Canada, the Lexpert Special Editions on Canada’s Leading Lawyers in the Globe & Mail’s Report on Business Magazine for energy and litigation, Best Lawyers in Canada, Benchmark Canada and Euromoney’s Guide to the World’s Leading Litigation Lawyers. In 2013, Alan was recognised as Canada’s energy/resource litigator of the year by Benchmark Canada.

Alan is a fellow of the American College of Trial Lawyers and a former director and past president of the Advocates’ Society. He is also a member of the Canadian Bar Association and the Toronto Lawyers Association.

Alan is also a frequent contributor to continuing legal education programmes. He has authored numerous published articles and has been an instructor in trial advocacy courses and programmes.