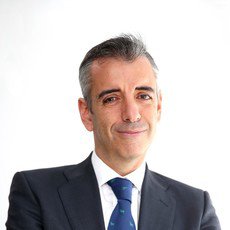 With over 20 years of experience, he has participated in some of the most relevant M&A and Real Estate operations in the Spanish and European market.

Raúl has a led the advice to several large international groups when litigating with the Spanish tax authorities and the tax authorities from other European countries. His areas of specialization include, besides M&A, tax advice for financial institutions, energy and infrastructure companies.

Raúl has been recognized as one of the leading tax lawyer in Spain by independent directories such as Chambers and Partners© and Legal 500©, also the prestigious British publisher Euromoney© has recognised him as Leading Tax Lawyer in Spain.

Before joining Roca Junyent he was the leading partner of Baker McKenzie Corporate Tax practice where he was awarded by International Tax Review© as Spanish Transfer Pricing Firm of The Years in 2011, 2013, 2014 and 2017.

He has published numerous articles in specialist magazines, as well as in financial newspapers, has contributed to various publications, and has been a guest speaker in seminars and courses on tax issues.