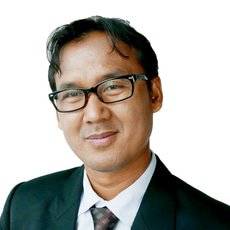 Asep Ridwan is a partner in the dispute resolution practice group at Assegaf Hamzah & Partners. His main focus is on commercial litigation with special emphases on the competition, employment and bankruptcy fields. Asep has played the leading role in several major competition law cases, namely defending Indosat, Indonesia’s second largest telecommunications provider, Salim Ivomas Pratama, Goodyear Indonesia, Yamaha Indonesia and Japfa Group regarding cartel allegations before the Indonesian Competition Commission (KPPU) up to appeal to the district court or Supreme Court, whenever applicable. He has also handled a number of merger and acquisition notifications to the KPPU in relation to competition issues. His dedication to competition law in Indonesia has led to his appointment as chairperson of the Indonesian Competition Lawyers Association.