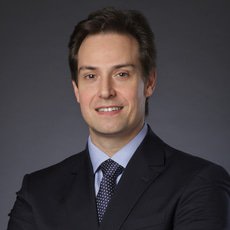 Franco Grotti has been a member of the São Paulo office of Pinheiro Neto Advogados since 1995. Areas of practice include real estate law, financial and corporate transactions, capital markets, agrarian law and construction law. He has an LLB from the São Paulo Catholic University (1997), his Master’s in Corporate Relations Law (Commercial Law) is from the São Paulo Catholic University (2002), and his LLM is from Columbia University (2002). Franco Grotti was a foreign associate at Simpson Thacher & Bartlett LLP, New York (2002–2003) and was admitted to the Brazilian Bar in 1998.

Investors and their advisers need to understand real estate assets in the context of the global investment market, and The Real Estate Law Review seeks to help its readers to do just that. This edition extends to 28 key jurisdictions around the world. Each chapter has been updated to highlight key developments and their effect on the relevant domestic market. Together, the chapters offer a helpful and accessible overview of the global real estate market.