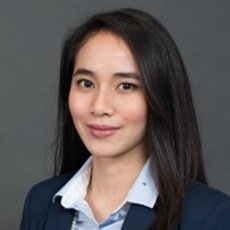 Tania Faramutia joined ABNR as an associate in September 2017. She has a background of both commerce and law, as she holds two different degrees, Bachelor of Commerce from University of Auckland, New Zealand (2007–2010) and Bachelor of Laws from University of Indonesia (2011–2014). In her Commerce degree, she majored in International Business and Commercial Law and in her Law degree she majored in civil law. She completed each of her degrees within three years and obtained a cum laude predicate from the University of Indonesia. Since graduating, prior to joining ABNR she worked with two other prominent law firms in Jakarta. She has had experience in mergers and acquisitions, foreign investment matters, banking and capital markets. Tania is also a member of PERADI.