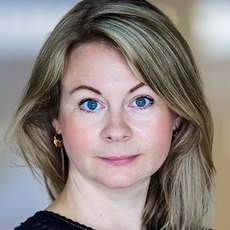 Sigrid Majlund Kjærulff acts for Danish and international clients in the insurance industry, for the public sector and the Danish government. Having worked in the insurance industry as a claims manager, Sigrid is focused on matters involving the defence of liability, policy-based disputes and coverage issues, including within the maritime sector. Sigrid also has in-depth knowledge of public insurance schemes, particularly workers’ compensation and patients’ insurance. Sigrid’s dispute resolution practice includes leading cases before the High Courts of Western and Eastern Denmark and numerous cases before the Danish City Courts. Sigrid has the right of audience before the Danish Supreme Court.

Insurance and reinsurance play an important role in the world economy. Given the expanding reach of the industry, there is a need for a source of reference that analyses recent developments in the key jurisdictions on a comparative basis. This volume, to which leading insurance and reinsurance practitioners around the world have made valuable contributions, seeks to fulfil that need.