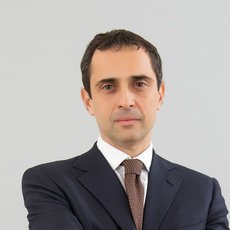 Ruggero Gambarota has acquired significant experience in the area of corporate law, with particular reference to M&A transactions. He regularly advises both financial (such as private equity funds) and industrial entities in connection with transactions for the acquisition of corporate stakes, both for the minority or the majority of the relevant corporate capital. He is very active in the negotiation and structuring of ancillary agreements in this kind of transactions, such as shareholders or joint venture / investment agreements. He has provided assistance to asset management companies and funds in connection with their investments in Italy, both in listed and not listed entities.

He started his professional activity in 1997 with Gianni, Origoni, Grippo & Partners, at whose offices of Rome and New York he worked until 2006. In that year, he participated in the inception of Labruna Mazziotti Segni where he became a partner in January 2008. As from 2014 he is a partner of Lombardi Molinari Segni (now Lombardi Segni e Associati). He is admitted to the Italian and New York Bar, following his master in corporate law at the New York University Law School.