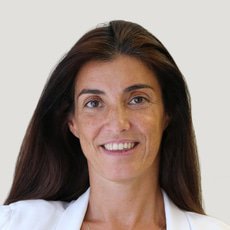 Mariana Norton dos Reis has been a partner at Cuatrecasas in the corporate M&A group since 2010. She worked at the Madrid office from 2004 to 2017 and is currently based in the Lisbon office, where she started her career in 1998.

Her practice, both in Portuguese and Spanish law, is focused on cross-border M&A, joint ventures, private equity transactions and restructurings, and she has extensive experience in renewable energy and infrastructure, advising sponsors, developers and financing entities on creating joint ventures, and acquiring, selling and developing projects.

She regularly acts for private equity investors on their investments and divestments, and represents strategic investors in connection with cross-border acquisitions and sales of privately owned companies and assets. She has recently completed a number of major transactions in the infrastructure, energy, retail, real estate and financial industry sectors in Spain and Portugal.

On an international level, she has extensive experience in advising on M&A transactions for multinational companies in Europe, Latin America and the United States.

In March 2015, Expansión, a Spanish business and finance newspaper, named her one of the most active lawyers in M&A in Spain based on the number of deals closed in 2014. In 2017 and 2018, Iberian Lawyer included Mariana in its InspiraLAw list of top 50 women in the legal sector and, in 2013, Mariana received the same publication’s ‘40 under Forty Award’.

Mariana obtained her Bachelor of Laws, from the University of Lisbon School of Law (1997) and her Master of Laws (LLM) in advanced corporate law and securities from Columbia Law School, New York (1998). She was also named a Harlan Fiske Stone Scholar of Columbia Law School, NY (1998) and received a scholarship from the Luso-American Development Foundation.