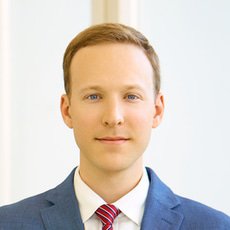 Bryan Hollmann is counsel at Stadler Völkel Attorneys at Law. As a lawyer admitted to the New York bar, his practice focuses on the intersection of U.S. law and cryptocurrencies, particularly with regard to securities, commodities and money transmitter laws in the United States. He frequently advises clients on the legal structure of initial coin offerings and exempt securities offerings as well as anti-money laundering / know-your-customer due diligence and general corporate matters. Before joining Stadler Völkel, Bryan served as a federal law clerk in the U.S. District Court for the Northern District of Texas. He graduated from The George Washington University Law School in 2015 and obtained an LL.M. degree in corporate and securities law from the London School of Economics and Political Science in 2016.