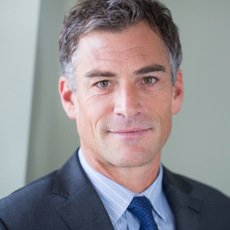 Daniel R. Forman is a partner in Crowell & Moring’s Washington, DC office and is co-chair of the firm’s government contracts group. He is also a member of the firm’s management board. Dan’s practice focuses on a wide variety of government procurement law, including bid protests, False Claims Act and qui tam litigation, investigations of potential civil and criminal matters, ethics and compliance, contract claims and disputes, GSA schedule contracting and small disadvantaged business contracting. Dan is also experienced in negotiating and drafting teaming agreements and subcontracts, as well as providing counselling on the interpretation of FAR clauses and solicitations. Dan’s practice also focuses on state and local procurement matters, including State False Claims Act issues, lobbying and contingency payment compliance. He has been involved in bid protest litigation in six states and the District of Columbia. Dan has been named one of the top lawyers in the government contracts field by Chambers USA. Dan was also honoured as a 2015 Law360 MVP and named to BTI Consulting Group’s list of ‘Client Service All-Stars.’ In 2017, Dan was named a ‘leading lawyer’ in government contracts by Legal 500 United States.

It is our pleasure to introduce the eighth edition of The Government Procurement Review. Our geographical coverage this year remains impressive, covering 15 jurisdictions, including the European Union, and the continued political and economic significance of government procurement remains clear.