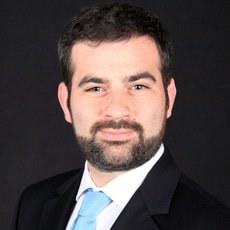 José Alberto Navarro is a partner based in the public practice area of Uría Menéndez’s Barcelona office. He joined the firm in 2004 and was seconded to Slaughter and May (London) from September 2008 to February 2009.

Jose Alberto is currently an associate professor of Administrative Law at the University of Barcelona, in addition to a lecturer at the Universitat Oberta de Catalunya since 2009, where he has lectured on administrative law and on the master’s degree to access the legal profession.