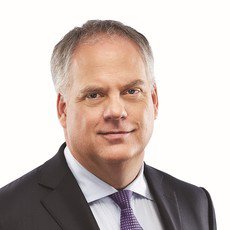 Cameron Belsher is the leader of McCarthy Tétrault’s M&A group. He focuses his practice on public and private M&A, corporate finance and private equity, frequently advising on international and cross-border deals. A senior member of the firm’s business law group, Cam is one of the most sought-after corporate lawyers in Canada and the relationship partner for some of McCarthy Tétrault’s key clients.

Cameron is a former member of the Toronto Stock Exchange (TSX) Listings Advisory Committee, which is composed of individuals representing legal, brokerage and securities-related industries, and provides feedback on TSX listings initiatives. He has lectured extensively on M&A and public corporation matters and is a former adjunct professor at the Faculty of Law, University of British Columbia. He received his LLB from Osgoode Hall Law School in 1987, and was called to the British Columbia Bar in 1988.

Cameron is ranked among Canada’s top business lawyers by a multitude of publications, including Chambers and Partners, The Legal 500, Lexpert, Best Lawyers in Canada, Who’s Who Legal and IFLR1000.