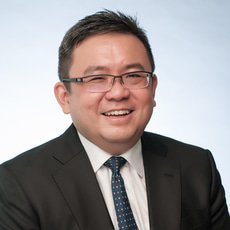 Jerry has been practising as a corporate and capital markets lawyer since 1993, and has advised on numerous international and domestic transactions. Jerry joined the Firm as a partner in 2001 from an international firm in Hong Kong. He was Co-Head of the Financial Services Department of the Firm prior to assuming the position of Deputy Managing Partner.

Jerry is also Head of the Firm’s REITs practice. He is the leading authority on REITs and business trusts, and has been involved in the listing of almost all the REITs and business trusts in the Singapore market. Jerry was lead counsel for the largest IPO in South-east Asia to-date. He has been involved in almost all the secondary offerings and convertible bond issues by Singapore REITs and business trusts, and has also advised on a number of listings in Malaysia. Besides capital markets work, Jerry also regularly advises on M&A and private equity transactions, establishment of private funds as well as complex securitisation and structured finance transactions.

Jerry is a regular speaker on REITs, business trusts, private funds, corporate governance and regulatory/compliance matters, and has published many articles. Jerry is fluent in English and Mandarin.

Jerry is cited as a leading practitioner in Chambers Global, Chambers Asia-Pacific, IFLR1000, The Legal 500 Asia Pacific and Who’s Who Legal. He is also recognised as a thought leader in Capital Markets by Who’s Who Legal.

Jerry is Co-Chair of the Securities Law Committee of the International Bar Association, Secretary of the REIT Association of Singapore and Fellow of the Singapore Institute of Arbitrators. Jerry is also active in community work and serves as a director of The National Kidney Foundation (Singapore).