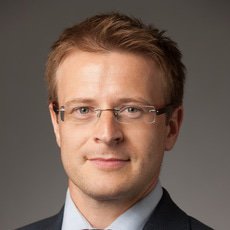 Peter Tyers-Smith is an English barrister who focuses his practice on complex commercial and insolvency litigation, often venues in offshore jurisdictions with ties to Asia, the US or Latin America. Mr Tyers-Smith regularly advises shareholders in joint venture disputes and acts in contentious matters involving offshore trusts and involuntary liquidation. He has particular experience in matters with onshore–offshore components, including conducting parallel discovery and devising cross-border asset tracing and recovery strategies. As an experienced advocate, Mr Tyers-Smith has appeared numerous times in the highest courts and appellate courts of multiple jurisdictions.

Chambers and Partners has ranked Mr Tyers-Smith as a leading company law barrister, described as ‘switched-on,’ with ‘a reputation for getting the results his clients want’.

Prior to joining Kobre & Kim, Mr Tyers-Smith practiced at Harneys and No5 Chambers, where he focused on commercial and chancery litigation with a particular emphasis on insolvency, company and partnership disputes.