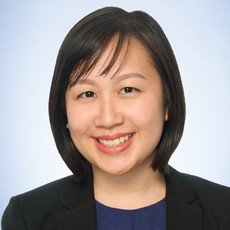 May Ling’s key areas of practice are in corporate and commercial disputes and white collar crime and investigations. She has acted in a wide range of matters for multinational corporations, corporate trustees and private and publicly listed entities.

May Ling advises companies on putting in place and managing whistleblowing and dawn raid policies and procedures. She also regularly acts for companies who are conducting internal investigations and who are involved in investigations by enforcement authorities such as the Commercial Affairs Department, Corrupt Practices Investigation Bureau and the Monetary Authority of Singapore. This includes situations where the investigations develop into criminal prosecutions by the Attorney General’s Chambers.

She has experience acting for international banks in 1MDB-related investigations and for the accused in the widely reported City Harvest trial. May Ling also acted for an India-listed conglomerate in one of the longest-running litigation suits in Singapore, which concerned allegations of breach of fiduciary and statutory duties, fraud and sham transactions.