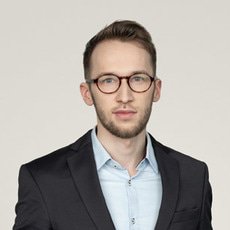 Mr Oliver Kuusk is a legal assistant of the competition and regulatory practice group at Sorainen.

Mr Kuusk assists lawyers in a range of matters including data protection, information technology, infrastructure, telecommunications, media and intellectual property, among others.

Mr Kuusk is passionate about media and intellectual property law, having attended the ELSA Summer Law School on film law at the University of Łódź and researched the use of trademarks in audiovisual works as part of his bachelor studies.

Prior to joining Sorainen as a legal assistant in 2018, he assisted the Sorainen competition and regulatory practice group as a legal trainee and completed traineeships at the Police and Border Guard Board and Nelja Energia, a renewable energy company.