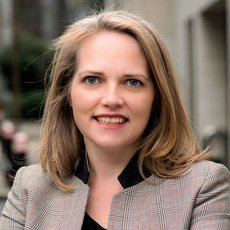 Karen McMaster is a partner in the London office of Milbank in the financial restructuring group. Her experience spans a range of insolvency and reorganisation tools and processes, including UK schemes of arrangement, voluntary administrations and company voluntary arrangements, US Chapter 11 and various European reorganisation mechanisms. Karen has also represented investors on a number of direct lending and ‘special situations’ financing, often involving complex and bespoke debt instruments and intercreditor structures.

Recent notable matters include acting for: a group of second lien creditors in relation to the restructuring of French retailer Camaieu; a lender against intellectual property assets of a European retailer in the context of that retailer’s imminent distress; a committee of senior creditors in connection with the restructuring of Red Bee Media; dissenting creditors in the scheme of arrangement of Guardian Digital Communications Limited; Orizonia (formerly Iberostar), a Spanish tourism and travel company in its €640 million restructuring; lead investors on the acquisition of the French steel manufacturer Ascometal from its liquidators; a group of senior debt/cross holders in the refinancing of Spanish gaming company Codere SA’s senior facilities; the lender group in the initial €475 million restructuring, in 2010, of the Spanish supermarket business Dinosol Supermercados SL and its subsequent restructuring and sale in 2012; and a committee of creditors in connection with the lender-led acquisition of Dutch directories business Truvo (World Directories). Karen has also acted for administrators, including those of Woolworths Plc and Lehman Brothers International (Europe).