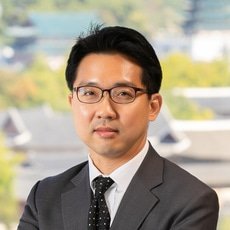 Sung Uk Park is a foreign attorney at Kim & Chang within the corporate practice, with a focus on mergers and acquisitions, international practice, entertainment, sports and leisure, private equity, foreign direct investment, and banking.

Mr. Park has extensive experience in mergers and acquisitions, private equity and leveraged buyouts, PIPE transactions, distressed investments and acquisitions and general corporate representations. He has advised numerous corporate and private equity buyers and sellers in a wide number of industries, including automotive, entertainment, digital games, and healthcare. Mr. Park has been actively involved in many high-profile transactions within and outside Korea, including those in connection with the acquisition of a digital game company in the United States, investment in a Korean entertainment company, a non-profit hospital chain in the United States, a majority share of a US automotive finance company, as well as purchase and subsequent sale of television stations in the United States.

Before joining Kim & Chang, Mr. Park was at the New York and Hong Kong offices of Allen & Overy LLP and the New York office of Schulte Roth & Zabel LLP.

Mr. Park received his J.D. from Harvard Law School in 2000 and A.B. in economics and history from Brown University. He is admitted to the New York bar, and can speak Korean and English.