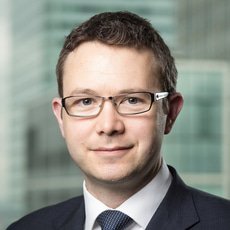 Alex Jupp’s practice covers a broad range of UK and cross-border tax matters, with a particular focus on the tax aspects of corporate acquisitions, financings and restructurings, group structure planning, corporate relocations, asset management structures, and the resolution of disputes on related matters. Alex is a member of the team named ‘Best International Tax Team of the Year’ at the 2019 Tolley’s Taxation Awards. Alex is also part of the Skadden Tax Group ranked in Band 1 in Chambers Global for Global Tax, in Band 2 in World Tax for UK Tax and named Tax Group of the Year for 2018 by Law360. He also is recommended as a leading practitioner in World Tax and Chambers UK, with clients describing him as ‘efficient, thorough and responsive’ and as ‘one of the most considered and thoughtful tax lawyers’ they have encountered. Alex was a UK branch reporter for the IFA Global Congress 2013 and a member of the Organising Committee for the IFA Global Congress 2019 in London and now chairs the British branch of the International Fiscal Association.

Introduction to the challenges of taxing the digitalised economy