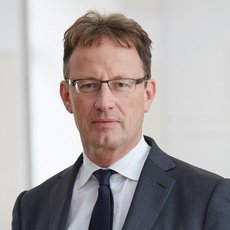 Alexander is an antitrust partner at Noerr LLP in Munich and Brussels. He advises German and international clients from a large number of industries (including automotive, chemicals, primary and reinsurance, financial services, generic drugs, real estate, IT, food retailing and production, media, pharmaceuticals, sport and steel) on all questions of German and European antitrust and competition law.

He represents clients in cartel, abuse and merger control proceedings (including coordination of multi-jurisdictional filings) before the German Federal Cartel Office, the European Commission and national and European courts. He also advises clients on antitrust issues associated with digitalisation projects (including setting up and running internet platforms), the interface between antitrust and intellectual property, private enforcement and compliance issues, and in dawn raid scenarios.

Alexander has been recognised by Who’s Who Legal Thought Leaders: Competition 2020. He is named as a frequently recommended antitrust lawyer in JUVE Handbook (2019/2020) and The Legal 500 (2019). He is cited in Best Lawyers in Germany (2019) as a leading expert in antitrust and is also named as a leading expert in competition and European law by both Chambers Europe (2019) and Chambers Global (2019). The business weekly Wirtschaftswoche recognised him as a top lawyer for antitrust and competition in 2019.