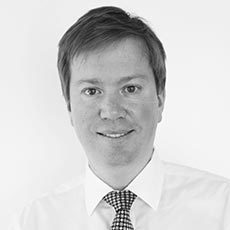 Partner of the Public Law and Natural Resources area.

His practice focuses mainly on strategic advice for the environmental assessment of investment projects in areas such as mining, energy, infrastructure and agro-industry. Additionally, he advises clients in the administrative and judicial defense of these types of projects. He was Viceminister and Head of the Legal Division in the Ministry of the Environment (2010-2014 / 2018). He was also a member of the Presidential Advisory Commission for the study of a reform to the Environmental Impact Assessment System (appointed by Supreme Decree No. 20 of 2015, issued by the Ministry of the Environment).

He previously worked at Jara Del Favero Abogados and was a partner at Baker & Mckenzie.