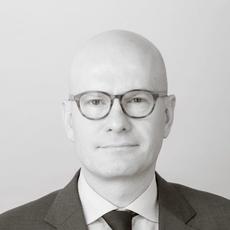 Xavier Vuitton, PhD, is an expert in litigation (French and European procedures, arbitration and the European Court of Human Rights).

Former Barrister to the French Supreme Courts (Conseil d’État and Cour de cassation) and former Secretary of the Conférence du stage des avocats aux Conseils, he is a member of the Paris Bar and Quebec Bar.

He is an Expert Witness before Canadian and American courts to enforce French and European law in the context of various disputes.

He is also an associate professor at the Université Paris Est, where he teaches civil law, civil procedure and arbitration. He has been teaching a course on “dispute resolution” for many years at the Paris Sciences Po School of Law.

Author of a doctoral thesis in private judicial law, he has also been teaching on this subject for several years at the University of Reims and has published four books and numerous encyclopaedic brochures and articles on this topic. He is a member of the review committee for the journal released by the Québec international law society, the Canadian Bar Association, the French Doctors of Law Association and the law and proceedings association.