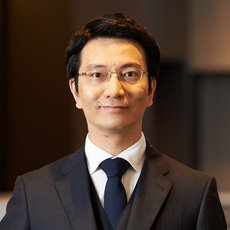 Kazuyuki (“Kaz”) Ichiba focuses on dispute resolution in large and complex cases, especially disputes over finance, construction, and natural resources and energy matters.
He has advised clients in litigation and mediation before Japanese courts, as well as in international arbitration and mediation. He also works together with law firms outside of Japan. He prefers the method of creating solutions through discussions with the client.

He was admitted to the bar in Japan (2000) and in NY (2007). Through 2005 to 2007, he studied Oil & Gas law, as well as common law, at the University of Texas at Austin School of Law, and worked at the ICC International Court of Arbitration, Paris (Intern) and at Arnold & Porter LLP, Washington, D.C.
He served as a member for the Rules Amendment Committee for the 2014 Amendment to the Commercial Arbitration Rules of the Japan Commercial Arbitration Association (the JCAA).

For pro bono activity, he is involved in ADR in the finance industry, and in international family law matters at the Arbitration & Mediation Center of the Dai-Ichi Tokyo Bar Association (Ichiben).