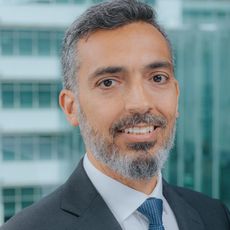 Nuno is the founding partner of MC Jurist Attorneys-at-Law and heads the corporate transactions and investment projects group. He has been heavily involved in international transactions for over 20 years, handling corporate and commercial issues. Nuno practised for five years in South-East Asia, notably in Macao and Hong Kong, and acted as foreign legal consultant in Houston, Texas for a period of two years, advising petroleum service providers primarily on Angolan law. Nuno is a licensed lawyer in Angola, Portugal and Macao.

In Angola, Nuno has been involved in many major high-profile transactions, with a special emphasis on corporate and investment law in the energy, corporate banking and construction and real estate sectors.