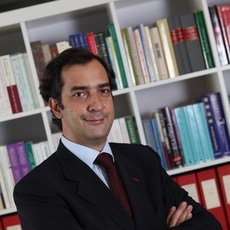 Antonio Lobo Vilela was a senior legal adviser to the Commission of the first public tender to grant casino gaming concessions in Macao (2001–2002) and to the Macao Gaming Commission, a consultative body of, and presided over by, the Chief Executive of the Macao SAR (2003–2010), where he was charged with codrafting the legal and regulatory framework that is still in force, as well as the casino gaming concession and sub-concession contracts.

Lobo Vilela was a partner and founding member of LVT Lawyers, a boutique law firm focused on gaming law, before being invited in 2016 by the Macao SAR government to serve as a legal adviser to the Secretary for Economy and Finance on gaming and gaming-related matters, his current role. He is also a member of the legislative affairs working group of the Macao Gaming Commission. Admitted to practise law in Macao (suspended while serving in his current role), Portugal and Brazil, while in the legal profession he was ranked in Chambers Global and Asia Pacific (for General Business Law) and Asia Pacific (for Gambling and Gaming). He received the Global Awards Gaming Lawyer of the Year 2019 award. He can be reached at lobovilela@me.com.