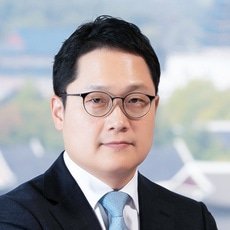 Prior to joining Kim & Chang. Mr. Kim was the Judge Advocate in the Republic of Korea Air Force from 2003 to 2006. He has also been the Director of the Tax Law Association of Korea since 2012 and has served as a Committee Member of Korea Bar Association Committee on Taxation from 2014 to 2016.

Mr. Kim has regularly contributed various publications. He submitted A Study On Corporate Reorganization for Foreign Business and Adoption of Tax Deferral System-Focusing on Comparative Analysis of US Tax System in the Seoul Tax Law Review Volume 12-2 and Review of 2007 Inheritance Tax and Gift Tax Law, Cases in the Seoul Tax Law Review Volume 14-1. He also published The Acquisition timing on the Acquisition Tax, Study on Special Law Volume 10. Most recently, he released publication on “Theory and Issues on Permanent Establishment Taxation” (Kyungin Publishing, 2017).