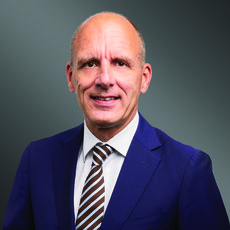 Herald focuses on technology transactions, outsourcing, strategic relationships and private M&A. He has led many complex multi-jurisdictional projects. He goes where the deal is, which brought him to New York, Silicon Valley, London, Paris, Brussels, Stockholm, Berlin, Frankfurt and other places. He assisted the Dutch Government on the negotiations with Microsoft which led to the landmark amendment for GDPR compliancy of Microsoft’s cloud products, signed in May 2019. He is consistently ranked in Tier 1 for IT and for Outsourcing by Chambers and Legal 500.Quotes in these ranking guides include:

•“Market sources see him as a major deal maker who knows where to focus his attention. They also highlight his up-to-the minute industry expertise, which means he is ‘always in the loop with whatever’s going on’.”

•“Herald Jongen guides the group with ‘supreme expertise in the field’. Clients are ‘deeply impressed with his ability to understand the complex issues and translate them into simple concepts - an enviable strength’.”

•“An exceptionally effective negotiator and has an excellent command of the practical issues involved with IT”.

Privacy, like everything else in 2020, was dominated by the covid-19 pandemic. Employers and governments have been required to consider privacy in adjusting workplace practices to account for who has fever and other symptoms, who has travelled where, who has come into contact with whom and what community members have tested positive or been exposed. As a result of all this need for tracking and tracing, governments and citizens alike have recognised the inevitable trade-offs between exclusive focus on privacy versus exclusive focus on public health and safety.