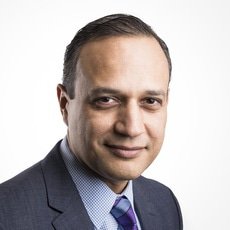 Mr. Cruz Ayala obtained his law degree from the Facultad Libre de Derecho de Monterrey in May 1994, which was followed by a master’s in comparative jurisprudence at New York University School of Law in May 1998. He is fluent in Spanish and English.

Mr. Cruz Ayala joined Santamarina y Steta, S.C. in 1993 and became a partner in 2006. During that time, his professional practice has been focused on mergers and acquisitions, data privacy matters, prevention of money laundering, e-commerce, real estate and transnational business projects.

Mr. Cruz Ayala’s practice focuses on data privacy matters and he has broad knowledge of data privacy legislation and its implications. He advises clients on assessing and complying with Mexican data privacy laws, including mapping of the processing of personal data throughout different departments or business units of an organisation, drafting the documents required to comply with the law, coordinating efforts to be in compliance with the law, advising on breaches of personal data confidentiality obligations and implementing cross-border contingency plans to mitigate and prevent security breaches, among other matters. Mr Cruz Ayala is very active in the industry and regularly organises and participates in seminars, webinars and conferences in this area.

Privacy, like everything else in 2020, was dominated by the covid-19 pandemic. Employers and governments have been required to consider privacy in adjusting workplace practices to account for who has fever and other symptoms, who has travelled where, who has come into contact with whom and what community members have tested positive or been exposed. As a result of all this need for tracking and tracing, governments and citizens alike have recognised the inevitable trade-offs between exclusive focus on privacy versus exclusive focus on public health and safety.