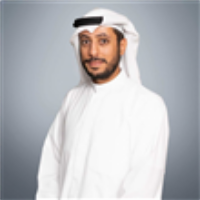 Abdullah Alharoun is a lawyer at the International Counsel Bureau – Lawyers and Legal Consultants. Alharoun focuses primarily on mergers and acquisitions, capital markets, financing, and agency and distribution matters. Alharoun has exposure to the legal practice in numerous jurisdictions having previously worked in Pillsbury Winthrop Shaw Pittman LLP in Washington, DC, Ashurst LLP in London, UK, and Hunt Oil Company in Dallas, Texas.

Alharoun was instrumental in the recent acquisition by EQUATE Petrochemical Company (KSCC) of the MEGlobal Group (ticket size US$3.2 billion – the largest private acquisition in 2015 in Kuwait and one of the largest in Kuwait’s history) as he helped put together an international legal team in various jurisdictions that ultimately reported to ICB. Alharoun has also advised the borrowers on a US$6 billion financing transaction obtained by the EQUATE group in 2015. Alharoun has also advised on the largest acquisition in the Gulf Cooperation Council (GCC) tech sector in 2015, and continues to advise various entities on local and regional acquisition and restructuring transactions.

Furthermore, Alharoun was part of the ICB team that advised the Capital Markets Authority on the modernisation of their executive by-laws (the largest regulatory exercise in the history of Kuwait).

Alharoun obtained his bachelor of laws from Queen Mary University of London. He also holds a bachelor of science in environmental sciences (specialism in neuroscience) from Dalhousie University in Halifax, Canada. He is a member of the Kuwait Bar Association.