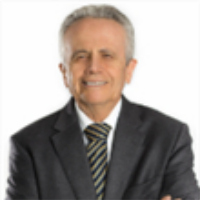 Alejandro Ponce Martínez is a senior partner of Quevedo & Ponce, where he has worked since 1963, is a Doctor on Jurisprudence from the Catholic University of Ecuador (1970) and Master on Comparative Jurisprudence (MCJ) from New York University (1973). He has practised in all branches of the law, in most of the courts of Ecuador and in two international tribunals, as well as in arbitration both domestically and internationally. He has presided over an average of 10 arbitration cases per year since 1997. He has been law professor at the Catholic University of Ecuador, Universidad Central del Ecuador, Catholic University of Santiago de Guayaquil, Universidad del Azuay and Universidad Andina Simón Bolívar. He has written many law articles and law text books. He was chief legal adviser to the President of Ecuador León Febres Cordero (1985–1987) and Associate Judge of the Superior Court of Quito (1988–1992 and 2000–2004). He was a member of the Ecuadorian Group of the Permanent Court of Arbitration, ICSID arbitrator and WIPO arbitrator. He is correspondent of UNCITRAL. Since August 2008 he has been the director of the section on juridical sciences of the Casa de la Cultura Ecuatoriana Benjamín Carrión. Together with important jurists from South America he founded the Sociedad Internacional de Derecho Comunitario e Integración (SIDECI) in March 2009. He joined the International Bar Association (IBA) in 2009 as part of its arbitration section. He was appointed in 2017 as a member of the Lawyers Academy of the Pichincha Bar Association.