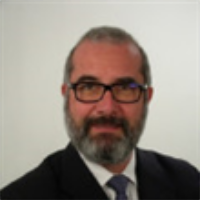 Alessandro P Giorgetti is a graduate of Milan State University, where he studied private international law. He both graduated and was admitted to the Milan Bar in 1983. He subsequently studied commercial law at Robinson College, Cambridge University. He is a member of the special Bar for the High Courts in Italy.

Mr Giorgetti practises insurance and reinsurance law, and has acted as principal consultant or litigator in some of the major Italian cases.

He is a regular lecturer in Italy and abroad on insurance, professional liability and personal injury law.