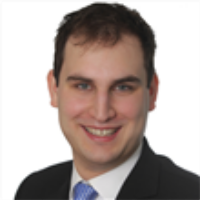 Alex Kemp works in the admiralty team of the HFW shipping group. He works predominantly on wet disputes, including salvage, wreck removal, groundings, collisions, fires and piracy, and has been involved in more than 50 hijacking cases. These disputes often require advice in respect of limitation of liability, jurisdiction, insurance coverage and interlocutory applications.

Mr Kemp is also involved in advising on more general shipping matters, including charter party disputes and off-hire claims for which either LMAA arbitration or representation in the High Court is required. He has been involved in a number of reported High Court cases.

He has spent time in the firm’s Dubai office and has recently finished a secondment to the legal department of an oil major.

Mr Kemp is an associate member of the Association of Average Adjusters, having recently passed the requisite examinations. He regularly lectures and writes articles, including the firm’s biannual marine insurance case update. He is involved in the UK Chamber of Shipping’s working group on general average.