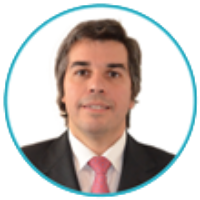 He later joined the law firm of Allende & Brea, where, as a senior associate, he advised on tax issues related to the mining and oil and gas sectors, counselled on domestic and international tax planning, and represented clients in tax and customs litigation. In 2006, he was appointed deputy judge of tax matters by the Supreme Court of Justice of Mendoza. He has headed WSC’s international tax practice since 2010.

Alfredo is admitted to the City of Buenos Aires Bar Association and the Bar Association of the Province of Mendoza. Alfredo is co-founder and former president of the Centre for Argentine and Latin American Fiscal Studies (CEFAL), and is a member of the International Fiscal Association. international tax planning, and has represented clients in tax and customs litigation.