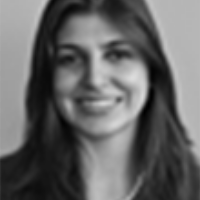 Ana Paula Martinez is a partner at Levy & Salomão Advogados. Ms Martinez served in Brazil’s federal government from 2007 to 2010, where she was responsible for government antitrust investigations and enforcement actions. As part of her government service, she also served as the co-chair of the cartel subgroup of the International Competition Network (ICN), alongside the US Department of Justice, and represented Brazil before the OECD. Ms Martinez served as an antitrust adviser to UNCTAD, the World Bank and the government of Colombia, and is currently a non-governmental adviser to the ICN. Before entering government, Ms Martinez was an associate with Cleary Gottlieb Steen & Hamilton LLP and Levy & Salomão Advogados. She is a frequent speaker at both Brazilian and international colloquiums. Global Competition Review (GCR) named her on its lists ‘Top Women in Antitrust’ and ‘40 under 40’. Chambers and Partners, The Legal 500 and Who’s Who Legal have listed her among the world’s leading competition practitioners. In 2015, she was selected as one of the top five lawyers globally in merger clearance matters by GCR, and in 2014 and 2016 GCR awarded her ‘Lawyer of the Year – Under 40’. Ms Martinez is admitted to practise in New York and Brazil. She holds master of laws degrees from both Harvard Law School and the University of São Paulo (USP), and a PhD degree in criminal law from USP.