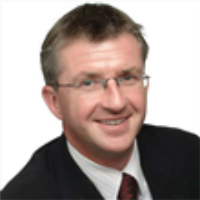 Andrew Chamberlain is a partner at HFW and is the global head of admiralty and crisis management. He is a former Royal Navy officer and specialises in ‘wet’ shipping cases, including salvage and wreck removal (acting for salvors as well as owners and their underwriters), collisions, fire and explosion, total loss and wreck removal. He also advises on both civil and criminal pollution liabilities, marine insurance coverage disputes and the full range of other shipping-related commercial and contractual disputes.

Andrew served at sea with the Royal Navy and had a stint with the Hong Kong Squadron before qualifying as a lawyer. As a partner at HFW since 2003, he has been heavily involved in many of the largest casualties of recent years, including MSC Napoli (2007), MSC Chitra (2010), Costa Cocordia (2012), Smart (2013), Norman Atlantic (2014), Eastern Amber and Maersk Seoul (2015), Burgos (2016) and Sanchi and Maersk Honam (both 2018 and ongoing). Andrew lectures regularly on salvage, wreck removal and casualty response and is an acknowledged expert in the field. He has been invited to be chairman of the Lloyd’s Salvage and Wreck Removal conference in London (the leading global industry event) every year since 2013. He is consistently recommended in Chambers and The Legal 500 for his work on shipping and casualty matters, with one source commenting, ‘What he doesn’t know about shipping isn’t worth knowing’ (Chambers 2016).

The Shipping Law Review aims to provide those involved in handling cross-border shipping disputes with an overview of the key legal issues arising across multiple jurisdictions, including leading maritime nations and major shipbuilding centres. Among other things, it analyses the most noteworthy aspects of available dispute resolution procedures; shipbuilding contracts, contracts of carriage and cargo claims; limitation of liability; ship arrest procedures; and much more.