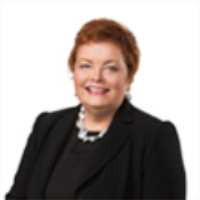 In December 2012, Anne was appointed as a member of the LCA’s International Law Section (ILS) Executive. In December 2019, Anne was appointed as a Co-Chair of the LCA’s International Human Rights Committee. Anne has been invited to Chair a session on Modern Slavery at the Law Council Australia Migration Conference in Melbourne, March 2020. In 2020, Anne will be working with her colleagues on a Law Council submission in response to the Public Consultation Paper on the National Action Plan to Combat Modern Slavery 2020-2024.

On the 1st January 2019, Anne was appointed Co-Chair of the Immigration and Nationality Law Committee of the International Bar Association. Anne has been an IBA member since 2002.

In 2019 Anne was also appointed a member of the IBA’s Presidential Task Force on the Refugee Crisis Initiative, A Child Rights Response to Child Migration and Migrant Children at Risk. Anne was a Co-Moderator of the Showcase session which was presented at the 2019 IBA Conference in Seoul.

On the 24 October 2019, Anne achieved a high commendation for the NSW Law Society’s Presidents Medal for her work on the IBA Presidential Taskforce in Seoul.

Anne was also awarded the Lawyer’s Weekly Migration Partner of the Year Award in 2019.

Anne is also an experienced writer and co-authored the Australia Chapter of The Corporate Immigration Review, now in its 9th edition. Anne also makes valuable contributions to the Global Business Immigration Handbook, as well as the IBA’s Annual report for the Global Employment Institute.