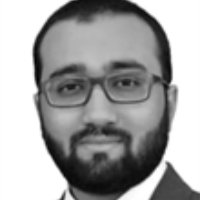 Anshuman advises on all issues related to market practice as well as market structure,
including merger control, abuse of dominance and cartel enforcement. He advises on
compliance aspects related to the enforcement provisions of Indian competition law and has
conducted mock ‘dawn raids’ and competition audits. Further, Anshuman has been involved
in advising clients in relation to the leniency programme of the Competition Commission
of India (CCI).
Anshuman has advised clients across various sectors such as pharmaceuticals,
automotive components, media and entertainment, financial services, heavy machinery, civil
aviation, chemicals and information technology. He has assisted in obtaining merger control
approvals for several marquee transactions including Sun Pharma/Ranbaxy (the first Phase II
investigation in India that led to structural modifications), Orchid/Hospira (the first matter
in which parties made modifications to the terms of their agreement to secure the approval
of the CCI), Grasim/Aditya Birla Chemicals, ZF Friedrichshafen/TRW Automotive, Adani
Transmission/Reliance Infrastructure, Warburg Pincus/ICICI Lombard and Reliance Jio/Reliance
Communications, among others.
Anshuman’s articles are routinely published in various national and international
journals and magazines. He has also co-authored the module on abuse of dominance in
LexisNexis Practical Guidance. Anshuman has been called upon to speak on the subject at
conferences and universities and has been assisting the Indian Institute of Corporate Affairs
with the merger control and abuse of dominance modules in their courses. He has recently
been invited to join the board of advisors for the NLIU Media Law e-Journal published by
the National Law Institute University, Bhopal, India.
Anshuman’s experience has been recognised in publications such as Chambers and
Partners, Who’s Who Legal and Asialaw.