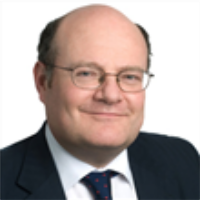 Anthony Woolich read law at Jesus College, Cambridge, and has been a partner at HFW since May 2009. He specialises in competition law, public procurement, sanctions, export control, anti-bribery and anti-corruption, trade regulation, state aid, data protection and privacy, commercial contracts, joint ventures, intellectual property and information technology. He is admitted to practise law in England and Wales and the Republic of Ireland.

Anthony was ranked seventh in the top 10 lawyers worldwide by Lloyd’s List for 2016, with his contributions on Brexit being highlighted. He is recommended in Chambers (2019), which quotes clients as highlighting him for his ‘excellent analytical skills’. Chambers (2018) quoted clients as saying he is ‘approachable, down-to-earth and fun to work with’. In Chambers 2017, he is described by a client as ‘affable and approachable’ and as someone who is ‘thoughtful and doesn’t rush to judgment’. In Chambers (2016), clients provided an array of praise. ‘He is very experienced, with good instincts and a highly professional manner. He closely managed every stage of our project through to the end,’ says one. Another states: ‘His technical knowledge is second to none.’ Chambers has previously recommended him as a ‘notable practitioner, earning acclaim for his in-depth knowledge of a wide number of industries’. It reported clients as saying he is ‘measured in his approach’, and that they appreciate that ‘he takes the time to consider and evaluate all details’ and is able to ‘think on his feet when it comes to linking the item for discussion with relevant issues’. The Legal 500 comments in 2017 and 2018 that he is noted by clients for his ‘keen, analytical mind’ and ‘good grasp of the commercial impact’, with an ‘accessible’, ‘practical’ and ‘business-oriented’ manner, heading the ‘professional’, ‘responsive’ and ‘client-focused’ team at HFW.