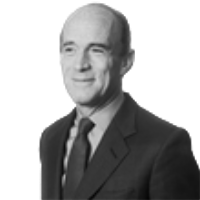 Antoine Winckler is a partner based in the Brussels office and his practice focuses on European and French competition law. Mr Winckler has advised clients in numerous cartel, merger control and abuse of dominance cases.

Mr Winckler regularly represents clients before the European Commission, the European Courts in Luxembourg, the French Competition Authority and the Court of Appeal in Paris.

Mr Winckler joined the firm in 1985 and became a partner in 1992. Prior to joining Cleary Gottlieb Steen & Hamilton LLP, Mr Winckler was an administrative judge. He received law degrees from the Université de Nice Sophia Antipolis in 1984 and from the Institut d’études politiques de Paris in 1979. Mr Winckler graduated from the French Ecole nationale d’administration in 1983 and the Ecole normale supérieure in 1976.

Mr Winckler is a member of the Bars of Paris and Brussels, and teaches EU and French competition law at the Law School of the Institut d’études politiques de Paris. He has written extensively about EU competition law matters.