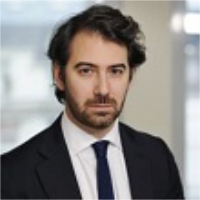 Antonin Lévy is a founding partner of Antonin Lévy & Associés. He is a member of the Paris and New York Bars. Who’s Who Legal (2015) considers Antonin a ‘standout figure’ and ‘revered practitioner’ when it comes to criminal business law, in particular in stock exchange, financial and industrial matters. Antonin has significant practical experience advising and litigating on a wide variety of issues, including fraud, anti-money laundering, anti-bribery and corruption, international sanctions and other regulatory and compliance issues before law enforcement authorities and multilateral financing authorities such as the World Bank, as well as experience in the areas of defamation and extradition.

He frequently represents companies and their directors as claimants or defendants in criminal proceedings, and has undertaken internal investigations into the business activities of companies operating in several industries. Antonin has worked on several flagship cases, including in relation to the Concorde accident that took place in France in 2000, in which he obtained a not-guilty verdict for Continental Airlines.