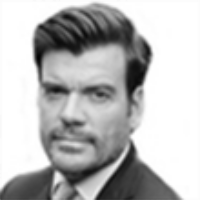 ANTONIO ARENAS heads the Litigation Unit, covering a myriad of matters from areas such as Commercial, Employment, Criminal and Family Law, to Immigration, Real Estate and Personal Injury. He has a comprehensive understanding of both the Spanish and English legal systems and has extensive experience in cross-border legal disputes.

Antonio graduated in Law from Universidad Complutense in Madrid in 2001, and went on to practice as an in-house lawyer for two years. In 2003, he started working for Scornik Gerstein LLP, and in 2006 was appointed Managing Partner. He qualified as a solicitor in 2013.

Antonio has a particular interest in personal injury litigation; he is a longstanding member of APIL and Peopil, the UK and European largest personal injury solicitors associations respectively. He has gained considerable experience representing the injured in Spain and UK and has successfully obtained substantial compensation for the injured in road traffic, work and medical related cases.

Another core area in which Antonio has extensive expertise is Inheritance and Probate Law involving estates left by English nationals in Spain and estates left by Spanish nationals in England. He is one of only a handful of lawyers with the necessary knowledge and skill in this particular area of cross-border litigation. In If of out of court negotiations fail, Antonio is determined to undertake litigation personally before the Spanish courts on behalf of his clients.

He has been appointed as a legal expert witness on many cases before the English courts and produced several reports in relation to Spanish legal aspects. Since 2006 he extended his practice to employment and criminal matters in the UK and conducted litigation and advocated in matters ranging from child abduction, employment, immigration or minor criminal offenses.

He fluently speaks English, Spanish and Catalan, and some French.

One thing you may be interested to know about Antonio is that while in Law school, he also studied interpretation and acting, and even had a main role in the Spanish movie, 'School Killer'.