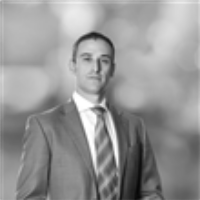 Antonio Cárdenas is a local partner at White & Case, SC (Mexico City). Mr Cárdenas joined the firm in 2008. His practice is primarily focused on TMT, antitrust and administrative and commercial litigation. He has served as an attorney in some of the main litigation in the telecommunications, antitrust and media broadcasting sectors in Mexico, the foremost being: (1) an amparo proceeding before the Mexican Supreme Court of Justice as to the jurisdiction of the defunct Federal Telecommunications Commission to determine mobile interconnection rates (MIR) (2008 to 2012); (2) third-party involvement in actions brought against several strategic antitrust and telecommunications trials filed by América Móvil, Telmex and Telnor and several companies of the group (2010 to date); (3) various trials against extension for certain licensees of radio spectrum frequencies including the 2.5GHz band (2013 to 2015); and (4) complaints due to América Móvil’s breach of its licensing instruments and economic competition obligations, among others (2010 to date). In areas of antitrust other than the telecommunications and broadcasting sector, Antonio has led the representation of various economic agents in defending their interests in the poultry industry, decorative painting and the aeronautical and financial services sectors. Mr Cárdenas became a local partner at White & Case, SC in January 2017.