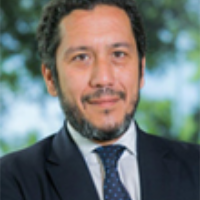 Antonio Morales is the deputy office managing partner and the responsible partner for the regulatory and litigation practice in the Spanish offices of Latham & Watkins, as well as being part of the environmental, land and resources practice group. Mr Morales’ practice focuses on projects and transactions relating to public and administrative law, including the energy, utility, water and telecommunications sectors.
In 1997, Mr Morales became a state attorney. During his time in the public administration, he worked at the Government Delegation in Madrid from 1998 to 1999 and from 1999 to 2002 at the Superior Court of Justice of Madrid. From 2002 and 2005 he served as Secretary General of the Spanish Nuclear Safety Council. Prior to joining Latham & Watkins, Mr Morales was a partner at Hogan Lovells. In 2008, Mr Morales obtained his PhD at the Autonomous University of Barcelona (UAB).

Mr Morales has been recognised as a leader in administrative and public law by Chambers Global for the past eight years and in the energy sector by Chambers Europe from 2008 to 2015. Additionally, he was recognised as a leading Iberian energy lawyer by Iberian Lawyer in June 2006 and, in 2007, he also received Iberian Lawyer’s ‘40 under Forty’ award. Mr Morales was commended by Chambers Europe in 2011 for being ‘a lawyer with tremendous expertise’ and for the ease with which he ‘explains the most complex legal issues to clients with staggering clarity and simplicity’ and ‘total dedication to the client’s needs’.