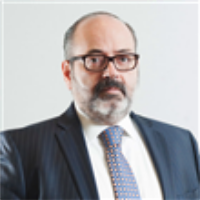 He is a former partner of three Brazilian law firms and was outside general counsel at TeleNova Communications in Miami (US) as well as international attorney at SG Archibald in Paris, White & Case in New York and Fox & Horan in New York.

He holds a law degree from UERJ (1985) and an LLM in corporate finance law and transnational litigation from Columbia University School of Law (New York, 1987), and also attended the Chase Manhattan Corporate Finance MBA finance course. He is a member of the Brazilian and New York State Bars, the American Bar Association and of the Scientific Council of the Journal of Legal Technology Risk Management.

Antonio’s other notable activities include guest speaking at postgraduate programmes at Brazilian universities. He is a member of the board of directors of Brazilian and foreign companies, a member (alternate) of the arbitration committee of the Brazilian Bar Association (chapter of the state of São Paulo) and speaker at several conferences in Brazil and abroad. He is the author of various articles published in several foreign publications. He speaks Portuguese, English, French and Spanish.