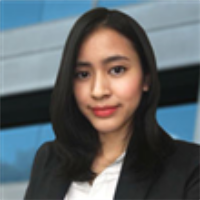 Asri Rahimi earned her Bachelor of Laws from the University of Indonesia in 2015, specialising in private international law. Before joining SSEK, Asri interned at another well-known law firm in Jakarta, where she was involved mainly in capital markets work. Since joining SSEK, Asri has been involved in a variety of projects, with a focus on foreign investment, data protection and general corporate and commercial matters. She has been heavily involved in the fintech sector, where she has advised numerous big-name companies and worked on deals involving substantial investments in Indonesian fintech start-ups. Asri has also assisted with the listing of companies on the Hong Kong Stock Exchange and often deals with tax matters, with an emphasis on tax disputes.