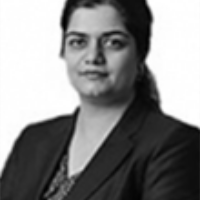 Avaantika leads and advises on complex merger filings with the CCI and on the enforcement side before the CCI and the Office of the Director General. She provides strategic support on commercial arrangements and compliance issues. and has been involved in filing the first few leniency applications before the CCI. She frequently publishes on the subject of competition law, is a regular speaker at domestic and international seminars, and also delivers guest lectures to training institutes for company secretaries, chartered accountants and law colleges. Avaantika spoke at the ABA Spring Meeting 2016 on Global Damages Litigation. She presented developments on anticorruption laws in India at the United States–India Business Council (USIBC) Legal Services West Coast Conference in San Francisco (2012) and was a panellist for the USIBC forum entitled ‘One Year Later: A Look at the Investment Attitudes in India Post-Elections’, Washington DC (2015). She has also spoken at the Northwestern University School of Law’s Chicago Forum (2013, 2016). She serves as an independent director on the boards of public companies including Sterlite Technologies Limited and MSL Driveline Systems Limited. Avaantika is ranked one of the ‘World’s Leading Competition Lawyers’ by The International Who’s Who of Competition Lawyers & Economists 2014, is a ranked lawyer in Chambers Global 2015, has been recognised in GCR’s ‘Top 100 women in Antitrust’, 2016, and is a ‘Leading Lawyer’ (Asia Law).