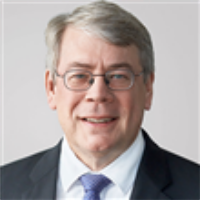 Dr. iur. Balz Gross, LL.M. (born 1964) is a Partner at Homburger and Co-Head of Homburger's top ranked interdisciplinary Employment and Executive Compensation Group. His employment practice focuses on advice on top management compensation, including bonus schemes, and related litigation and arbitration. Recognised as a leading individual in employment, litigation and arbitration in the relevant directories, he is also the head of Homburger's Litigation/Arbitration Practice Team. He is an author of a commentary on Swiss cartel law (section on procedure), of the commentary on the Swiss Federal Act on Jurisdiction and Enforcement (section on contracts), the commentary on articles 68-96 of the Swiss Code of Obligations (relating to performance) and the commentary on the new Swiss Federal Act on Civil Procedure (section Intervention, joinder, litis denuntiatio) and has published on legal proceedings, fraud and money laundering, recovery of assets and liability in tort.

From 1989-1992, he was a scientific assistant for contract and private international law at the University of Zurich and later, a District Court Clerk (1993). He was admitted to the Bar in 1994 and joined Homburger in 1995.