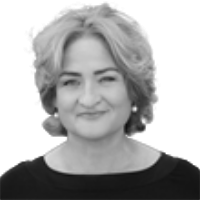 As of 1995, arbitration has been an important element in Beata Gessel-Kalinowska vel Kalisz’s professional practice. She has built up comprehensive experience in ADR, participating – whether as arbitrator, counsel or expert – in approximately 100 arbitration cases, domestic as well as international (conducted according to rules, including those of the ICC, UNCITRAL, FCC, IAA, SCAI, Lewiatan, Polish National Chamber of Commerce and the National Depository for Securities). The majority of the arbitral proceedings she has been involved in have concerned, but were not limited to, M&A transactions and construction law (including FIDIC regulations).

Between 2011 and 2017, she served as president of the Lewiatan Arbitration Court; upon leaving this position, she was appointed honorary president. She is an alternate member of the ICC International Arbitration Court (2015).

Beata Gessel is also an adjunct professor in commercial arbitration and M&A transactions at the Cardinal Stefan Wyszynski University.

In 2015–2016 she ran comparative law research on breach of M&A transactions as a visiting academic at Oxford University’s law department, and in 2016–2017 continued her research at the Cambridge University law department within the Herbert Smith Freehills visiting professor scheme.

The Role of Precedent in Investment Treaty Arbitration