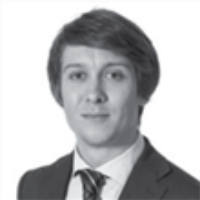 Ben Holles de Peyer is a référendaire at the General Court of the European Union.

Mr Holles de Peyer has a law degree and a political science degree from the Autonomous University of Madrid (Spain), as well as LLM degrees from the College of Europe (Belgium) and Harvard University (United States). He also participated in an international exchange programme at Sciences Po, Paris.

Mr Holles de Peyer is a member of the Bar in Madrid. His native languages are English, Spanish and Catalan, and he is fluent in French.