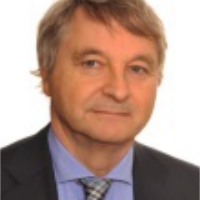 Benoît Goemans (Cand and Lic Law, Louvain; Dipl maritime law, Antwerp; LL.M. in Admiralty Tulane) was called at the bar in 1987 and clerked with O’Neil Eichin, (New Orleans), then practiced in two major law firms in Antwerp until he co-founded Goemans, De Scheemaecker in 2006.

His practice is oriented on trade, finance and transport, including recoveries. He was involved in the major collision cases, insolvency cases and almost all the judicial sales of ships (the latter for the mortgagee). He drafts financial instruments and or attests the validity thereof. He also handles general commercial law matters (contract drafting and litigation in relation to the performance of contracts, director’s liability, etc.).

The clients Benoit Goemans works for are ranging from the midsize traders to the world’s largest multinationals in the trade, finance, leasing, shipping and insurance industry. An important part of Benoit’s assignments often originate from large law firms, both foreign and domestic, who have been relying for decades on his expertise and dedication.

He is or was a board member of various organisations (Foundation Albert Lilar, Comité Maritime International, Charitable Trust of the CMI, Belgian Maritime Law Association (Vice-President) and editor of law reviews (Antwerp Maritime Law Review and European Journal of Commercial Contract Law), member of the CMI’s IWG on Judicial Sale of Ships.  He was a speaker at many occasions and published mostly on transport law related subjects.  He is the author of the standard book on maritime liens and mortgages.